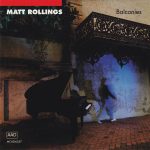 Matt Rollings was featured on Mark Knopfler’s 2004-2005 Shangri-La world tour as a keyboardist, and toured with him again starting in 2006, 2008 and 2010. Also in 2008, Rollings participated in the production of the album Psalngs, the debut release of Canadian musician John Lefebvre.