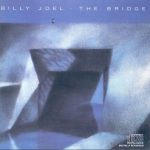 Joel began work on the album — on which two of his major influences (Ray Charles and Steve Winwood) made guest appearances — in 1985. Charles sang a duet with Joel on the song “Baby Grand”, and Winwood played Hammond organ on the song “Getting Closer”. Other notable musicians who made guest appearances on the album include jazz musicians Ron Carter and Michael Brecker, who both played on the jazzy track “Big Man on Mulberry Street.”

The album also had some New wave influences. For instance, the first song, “Running on Ice,” is heavily influenced by the music of The Police, and “Modern Woman” borrows heavily from the styles of Huey Lewis and the News. The final song recorded for the album, “Code of Silence,” featured Cyndi Lauper who contributed backing vocals and received co-writing credit for the lyrics; Joel would return the favor by contributing backing vocals on Lauper’s song “Maybe He’ll Know” for her 1986 album True Colors.

The Bridge was Joel’s last album to carry the “Family Productions” logo which had appeared on all of Joel’s albums up to that time as part of a deal that Columbia Records made to get Joel out of his first recording contract with Artie Ripp’s Family Productions. In the closing song of the album — “Getting Closer” — Joel makes several of what are clearly attacks and observations on the iron-clad contract with Ripp, with references to “my stolen youth”, “all the conmen and their acrobats who stomped me in the ground,” and “I must live up to contracts.”

2 This Is The Time

3 A Matter Of Trust