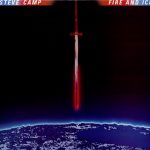 Fire and Ice is a Contemporary Christian Music album by Steve Camp and was released by Sparrow Records in late 1983. This was Camp’s first studio album since switching from Word earlier that year (though his final Word album, It’s A Dying World, had already been recorded and would eventually be released in 1984).