William Franklin “Will” Lee IV (born September 8, 1952) is an American bassist known for his work on the Late Show with David Letterman as part of the CBS Orchestra.

Born in San Antonio, Texas, Lee has recorded and toured with many artists. He appeared on the Mark & Clark Band’s hit record Worn Down Piano. He performs with his Beatles tribute band, The Fab Faux, which he co-founded in 1998.

Will Lee was greatly influenced to pursue music because of his parents. His father, William Franklin Lee III played piano, trumpet and the upright bass professionally. Lee’s mother sang with big bands. Lee took up drums after seeing the Beatles on The Ed Sullivan Show, and by the time he was 12 had formed his first band in Miami. The band members each earned $9 a night playing the popular surfing tunes characteristic of the 60s. With the great numbers of drummers in Miami, Lee shifted to bass, an instrument that offered more opportunities. Lee was part of a succession of bands including top 40 bands with names like “Chances R” “The Loving Kind”, and “Green Cloud.”

Lee had a formal musical education at the University of Miami. He studied French horn for a year and then switched to a bass major. After classes, he worked on bass fundamentals listening to not only the Beatles, but also Stevie Wonder, Jimi Hendrix, Steve Miller, The Rascals, Motown, Sly & the Family Stone, among others. He would put it all into practice six sets a night playing with various local bands, including a horn band called “Goldrush.”

Lee then went to New York City. Trumpeter Randy Brecker called Lee out of class one day and invited him to audition for Dreams. In New York, Lee’s career as a session musician flourished, and he toured with many artists. Lee played in the New York “24th Street Band” which had great success in Japan, giving him a solo artist career that yielded him a top 5 single. Most recently, his solo CD entitled OH! reached the #1 position on the “Jazz Beyond” chart there. On January 20, 2016 Lee played bass with Christopher Cross at the Moody Theater in Austin, TX at a taping for Austin City Limits. 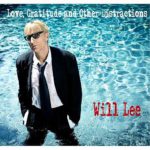