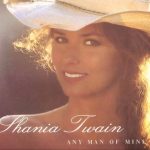 “Any Man of Mine” is a song co-written and recorded by Canadian country music singer Shania Twain. It was released in April 1995 as the second single from her album The Woman in Me. The song was written by Robert John “Mutt” Lange and Twain. The song became Twain’s first number one hit at country radio, as well her first crossover hit after it cracked the top 40 on the pop charts. It was released to radio in April 1995, and topped the charts for two weeks in July. “Any Man of Mine” was released to European markets but due to its country sound, it didn’t make much of an impact. The song was later included in Twain’s 2004 Greatest Hits package. 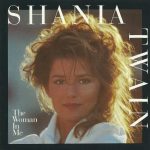