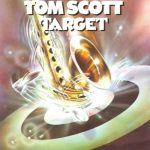 Thomas Wright “Tom” Scott (born May 19, 1948) is an American saxophonist, composer, and arranger. He was a member of The Blues Brothers and leads the jazz fusion group L.A. Express.

2 Come Back To Me

5 Got To Get Out Of New York