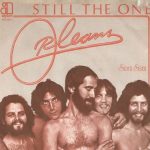 “Still the One” is a song written by Johanna Hall and John Hall, and recorded by the soft rock group Orleans on their album Waking and Dreaming, released in 1976, which made it to No. 5 on the Billboard Hot 100.
Country singer Bill Anderson recorded and released a successful cover version, peaking at No. 11 on Billboard’s Hot Country Singles chart in 1977.

Orleans bass player Lance Hoppen recalls that Johanna Hall wrote the lyrics for “Still the One” after a friend “asked her why somebody couldn’t write a song about staying together, as opposed to breaking up”; Johanna Hall wrote the lyrics on an envelope which she then handed to John Hall who Hoppen says “created the music in about fifteen minutes”. Johanna Hall’s recollection is that the realization that there was a dearth of songs about long-term relationships came to her while she was doing laundry, and that she handed John Hall a napkin on which she’d written the song’s lyric. John Hall would recall that “Still the One” was not an automatic choice for lead single from Waking and Dreaming saying rather that “we had several songs that were candidates. We were too close to it to see. Fortunately, our producer, Chuck Plotkin, had a strong feeling about the song.” 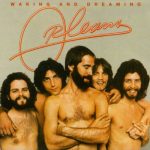