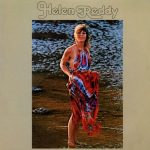 Helen Reddy is the second studio album by Australian-American pop singer Helen Reddy, released in 20 November 1971 by Capitol Records. Reddy’s selections include tracks by singer-songwriters Carole King, John Lennon, Randy Newman, and Donovan. It debuted on Billboard magazine’s Top LP’s chart in the issue dated December 4, 1971, and had a seven-week chart run in which it got as high as number 167. On March 29, 2005, the album was released for the first time on compact disc as one of two albums on one CD, the other album being I Don’t Know How to Love Him, Reddy’s debut LP that originally came out in the spring of 1971.

5 I Don’t Remember My Childhood

9 More Than You Could Take