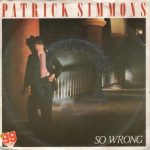 The Doobie Brothers initially disbanded in 1982, largely on account of Simmons’ decision to leave the group, as he was its sole remaining original member. In 1983, Patrick Simmons released his first solo album, Arcade, on Elektra Records. It yielded his only top 40 hit, “So Wrong”, which peaked at #30 on the Billboard Hot 100. “So Wrong” was also a surprise hit on the US Dance/Disco Top 80 chart, peaking at #8. The album was reissued on compact disc in Japan in the early 1990s and again in 2007, by the label Wounded Bird Records. Simmons also formed the band “Skin Suit” during this period. 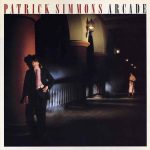