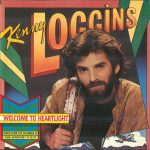 “Welcome to Heartlight” is a Kenny Loggins song from his 1982 concept album, High Adventure.

It was released as a single in early 1983 and peaked at number 24 on the U.S. Billboard Hot 100 and number 17 on the Adult Contemporary chart.