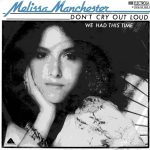 “Don’t Cry Out Loud”is a song written in 1976 by Peter Allen with lyricist Carole Bayer Sager that is best known as a hit single for Melissa Manchester in the US and for Elkie Brooks in the UK.

According to Arista Records president Clive Davis, Melissa Manchester recorded “Don’t Cry Out Loud” at his strong suggestion as Davis felt that Manchester’s intended 1979 album release lacked a potential Top 40 comeback hit. Davis assigned production of the track to Harry Maslin, who had co-produced the David Bowie albums Young Americans and Station to Station and whose most recent production work had been with Arista’s Bay City Rollers. Although Manchester herself regularly collaborated with lyricist Carole Bayer Sager—their output including Manchester’s sole (to that point) Top Ten hit “Midnight Blue”—Harry Maslin would recall that Manchester “hated the song ‘Don’t Cry Out Loud’ and was angry with me for doing it “; “I think that’s why I got such a wonderful vocal out of her”.

In a 2015 interview Manchester stated: “[Clive Davis] remembers history his way and I remember history my way. He remembers bringing me ‘Don’t Cry Out Loud’. I remember being friends with Peter Allen and Carole Bayer Sager and hearing ‘Don’t Cry Out Loud’ as a very quiet song, bringing it to him and saying yes, it’s gorgeous, let’s do it the way Peter did it—as beautiful and quiet. [Then] I showed up in the studio and the cannons blew on this huge version—which turned out beautifully, it turned out as a gift.” Manchester would concede reservations about the song’s theme, saying in 2004: “I finally understand what it meant…I [originally] thought it was a brilliant song but it seemed like the antithesis of everything Carole [Bayer Sager] and I were writing which was always about self-affirmation and crying out and sharpening your communication skills. But it’s a beautifully crafted song that was all about how in the end you just have to learn to cope—and that’s no easy thing.”

Recorded at Allen Zentz Studios Hollywood, “Don’t Cry Out Loud” was released 11 October 1978 and did indeed reach the Top 40 at the end of 1978 rising to a number 10 peak on the Billboard Hot 100 twenty weeks later in March 1979.The single also reached number 9 on the Adult Contemporary chart, and thanks to its long chart life on the Hot 100, was ranked as Billboard′s 26th biggest hit of 1979, ranking ahead of a number of songs that reached higher peaks on the weekly surveys (including Sister Sledge’s “We Are Family” and the Bee Gees’ number-one hit “Love You Inside Out”). 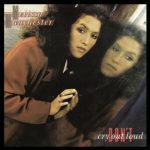