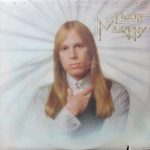 Lost Generation was the second major label album by singer-songwriter Elliott Murphy produced by Paul A. Rothchild and recorded at Elektra Studio in Los Angeles and was reviewed by Paul Nelson in Rolling Stone. The album featured an all-star band of top session musicians including drummer Jim Gordon and keyboardist Richard Tee.

The cover photo of Murphy standing in front of an open parachute was taken by photographer Ed Caraeff. Paul Nelson’s Rolling Stone review called the album “brilliant but extraordinarily difficult” and gave Murphy the Hemingwayesque accolade, “When he’s on the street, the sun also rises on one of the best.”