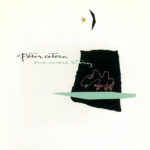 One More Story is the third solo album for music artist Peter Cetera and his second album after leaving the group Chicago. This album includes the hit “One Good Woman,” which made it to number four on the Billboard Hot 100 chart. It also includes the single “Best of Times”. The album was co-produced by Patrick Leonard and Peter Cetera, and contains an appearance by Leonard’s most famous artist at the time, Madonna (appearing on the song “Scheherazade” as ‘Lulu Smith’). It also features Pink Floyd guitarist David Gilmour on “Body Language” and “You Never Listen to Me”, as well as Oak Ridge Boys bass vocalist Richard Sterban and guitarist/vocalist Bonnie Raitt on “Save Me.”

“Save Me” was used as the opening theme during the first season of the NBC television show, Baywatch. Incidentally, drummer Tris Imboden appears on this album. He would later join Chicago, replacing original drummer Danny Seraphine.

“Heaven Help This Lonely Man” was used on the American daytime serial Santa Barbara.The song “You Never Listen to Me” plays during the first scene of the Miami Vice Season 5 episode, “Redemption In Blood: Part 2,” but is not credited on screen.

7 Body Language (There In The Dark)

8 You Never Listen To Me