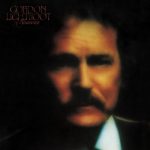 Shadows is Canadian singer Gordon Lightfoot‘s fifteenth original album, released in 1982 on the Warner Brothers Records label. It peaked at #87 on the Billboard charts. The album marked another significant turning point in Lightfoot’s musical evolution. He moves further away from his acoustic roots through greater use of synthesisers and electric organ. The album is softer in composition than its immediate predecessors with a return to slower, more introspective ballads as compared to the faster, country style of Lightfoot’s mid-1970s albums.Although a commercial failure (Gordon Lightfoot referred to it as “the music industry’s best-kept secret”), critical reception of the album was positive.