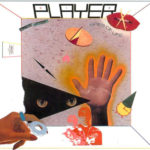 Spies of Life is the fourth album by the band Player, released in 1981.

Player is an American rock band that made their mark during the late 1970s. The group scored several US Hot 100 hits, three of which went into the Top 40; two of those single releases went Top 10, including the No. 1 hit “Baby Come Back”, written by group members Peter Beckett and J.C. Crowley.