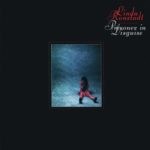 Prisoner In Disguise  is Linda Ronstadt‘s sixth solo LP release and her second for the label Asylum Records, released in 1975  It followed Ronstadt’s Multi-Platinum breakthrough album, Heart Like a Wheel, which became her first of three #1 albums on the Billboard album chart in early 1975.

Linda Ronstadt chose songs from friends and songwriters such as James Taylor, Lowell George of Little Feat, J. D. Souther and Anna McGarrigle as well as one written and originally recorded by Jimmy Cliff and a interpretation of Dolly Parton’s “I Will Always Love You”. The album features string arrangements by David Campbell. Among the guest musicians, Emmylou Harris joined Ronstadt on the standard “The Sweetest Gift”.

The original vinyl album release was a gatefold design, and the center section featured a photo of various sheets with written lyrics to the songs, most of which were in the original songwriters’ own handwriting.

Trisha Yearwood cited Prisoner in Disguise as an inspiration, bringing the album to her producer at the start of her career saying, “This is the kind of music that I want to make.”

2 Hey Mister, That’s Me Up On The Jukebox

4 The Tracks Of My Tears

7 Many Rivers To Cross

9 You Tell Me That I’m Falling Down

10 I Will Always Love You