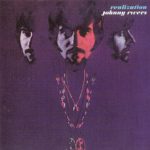 Realization is the fifth album by Johnny Rivers, released in 1968.