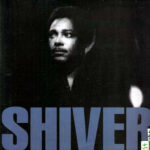 “Shiver” was a single by American R&B singer George Benson, which entered the UK Singles Chart on 29 November 1986. It reached a peak position of #19, and remained in the chart for 9 weeks. It was written by Narada Michael Walden, Preston Glass and Suzanne Valentine.

While the City Sleeps… is the 1986 studio album by George Benson on Warner Bros.. It features musicians like Paulinho da Costa, Preston Glass, Paul Jackson, Jr., Marcus Miller and Narada Michael Walden (as drummer and producer), alongside young talents of the time like Kenny G, Randy Jackson and Kashif. It’s part of the “series” […]