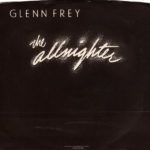 The Allnighter is the second solo studio album by Glenn Frey, the guitarist and co-lead vocalist for the Eagles. The album was released in mid 1984 on MCA in the United States and the United Kingdom, two years after Frey’s modestly successful debut album, No Fun Aloud and four years after the demise of the […]