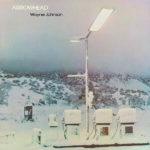 Arrowhead is the first album by Wayne Johnson, released in 1980.

Wayne Johnson is an American jazz and acoustic guitarist. Johnson won a Grammy Award in 2004 for his contribution to the album Pink Guitar, which featured the songs of composer Henry Mancini. Johnson grew up in Spokane, Washington, where he studied guitar under Jack C. Campbell, a pioneer in the chord-melody guitar technique. He attended Boston’s Berklee College of Music in the late 1970s and soon after he worked as a studio musician and toured with the Manhattan Transfer. He has recorded most often in a trio with bassist Jimmy Johnson and drummer Bill Berg, who were founding members of the group Flim & the BB’s. He has been the guitarist for Bette Midler at Caesar’s Palace in Las Vegas .

Johnson has performed with Rickie Lee Jones, Elton John, John Tesh, Akiko Yano, and Lee Oskar. He is a music educator and serves as a clinician for Taylor Guitars.