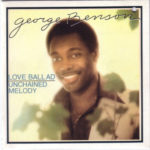 “Love Ballad” is a hit song for R&B/Funk band L.T.D.. Released from their album Love to the World, it spent two weeks at number one on the R&B singles chart in November 1976, and peaked at number twenty on the Billboard Hot 100 singles chart.

George Benson released an up-tempo rendition of “Love Ballad” in 1979. It peaked at number three on the R&B charts and number eighteen on the Billboard Hot 100.  It also reached number 12 on the Adult Contemporary chart. Benson’s cover is the most successful version of the song.

Livin’ Inside Your Love is a double-LP by jazz musician George Benson, which was released in 1979. It was certified Gold by the RIAA. George Benson (born March 22, 1943) is an American musician, guitarist and singer-songwriter. He began his professional career at 21 as a jazz guitarist. Benson uses a rest-stroke picking technique similar […]