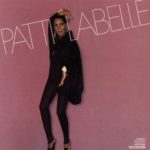 Patti LaBelle is the debut solo album by singer Patti LaBelle, released in 1977. The first album LaBelle recorded after sixteen years fronting the band Labelle (formerly Patti LaBelle and the Bluebelles), it is notable for the dance hit, “Joy to Have Your Love”, the classic gospel-inspiring ballad, “You Are My Friend” and the Angelo “Funky Knuckles” Nocentelli mid-tempo number, “I Think About You”.

Prior to recording the album, LaBelle initially thought of retiring from the music industry after nearly twenty years as the lead singer of the hugely successful girl group Labelle. Following the group’s March 1977 split, brought on by months of growing tension, LaBelle and her husband of then eight years, Armstead Edwards, went to see a shrink over emotional distress in their marriage, which was partially due to the singer’s fright over continuing a career without her group members. After further evaluation, LaBelle and her husband sorted out their differences. Edwards was then hired by his wife to be her manager as she carefully plotted her solo career. The singer traveled to New Orleans to record her new album, with David Rubinson, producer of Labelle’s final album prior to their initial breakup, Chameleon, and also famed for his work with the Pointer Sisters.

Signing a solo contract with Epic Records, Labelle’s former label, the singer released her debut album in October 1977. While the debuting single, “Joy to Have Your Love”, became a minor R&B hit, and the dance number, “Dan Swit Me”, was popular on the dance club circuit, the album’s most notable song was a ballad co-composed by LaBelle, Edwards and LaBelle’s musical director, James “Budd” Ellison, initially dedicated to LaBelle’s and Edwards’ only biological son, Zuri (who is now LaBelle’s manager), titled “You Are My Friend”. While the song only scaled the high sixties on the Billboard R&B chart, it soon became one of her famous show-stoppers while performing the song. LaBelle performed the song at her first solo concert in London, getting a standing ovation, which helped to give LaBelle motivation to continue her career. The album, when released, performed successfully, reaching number 62 on the Billboard 200 and number 31 on the R&B albums chart, while critics hailed the album.