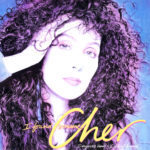 “I Found Someone” is the name of a chart single originally written and composed for Laura Branigan by Michael Bolton and Touch keyboardist Mark Mangold. The song was a bigger hit for Cher in 1987, reaching the Top 10.

Cher is the 18th studio album by American singer-actress Cher, released on November 10, 1987 by Geffen Records Five years after the release of Cher’s last album I Paralyze and her decision to focus on a film career, Cher signed with Geffen Records (which would later absorb one of her former labels, MCA Records) and […]