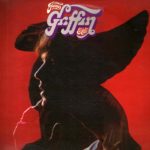 Breakin’ Up Is Easy is an album by James Griffin, released in 1973.