Ernest James Watts (born October 23, 1945) is an American jazz and rhythm and blues saxophonist who plays soprano, alto, and tenor saxophone. He has worked with Charlie Haden’s Quartet West and toured with the Rolling Stones. On Frank Zappa’s album The Grand Wazoo he played the “Mystery Horn”, a straight-necked C melody saxophone. He played the notable saxophone riff on The One You Love by Glenn Frey.

Ernie Watts was born in Norfolk, Virginia, and began playing saxophone at thirteen. After a brief period at West Chester University, he attended the Berklee College of Music on a Down Beat magazine scholarship. He toured with Buddy Rich in the mid-1960s, occupying one of the alto saxophone chairs, with Lou Marini occupying the other. He visited Africa on a U.S. State Department tour with Oliver Nelson’s group. For twenty years he played tenor saxophone with The Tonight Show Band under Doc Severinsen. He was a featured soloist on many of Marvin Gaye’s albums on Motown during the 1970s, as well as on many other pop and R&B sessions during his twenty-five years as a studio musician in Los Angeles. He has won two Grammy Awards as an instrumentalist.

In the mid-1980s Watts decided to rededicate himself to jazz. He recorded and toured with German guitarist and composer Torsten de Winkel, drummer Steve Smith, and keyboardist Tom Coster. He was invited to join Charlie Haden’s Quartet West. They met backstage one night after Haden heard Watts play “Nightbird” by Michel Colombier. Watts played on soundtracks for the movies Grease and The Color Purple and on the theme song for the TV show Night Court. 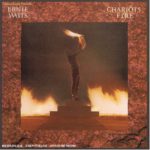 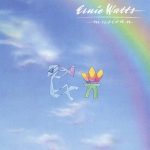 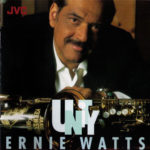 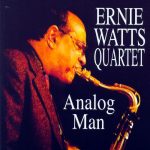 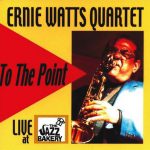