“The Wanderer”is a song written by Ernie Maresca and originally recorded by Dion. The song, with a 12-bar blues-base verse and an eight-bar bridge, tells the story of a travelling man and his many loves. The song is ranked #243 on the Rolling Stone magazine’s list of The 500 Greatest Songs of All Time.

It was covered by Leiff Garrett in 1978 for his selftitled album. 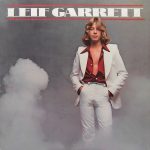