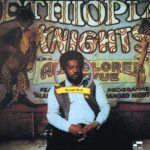 Donaldson Toussaint L’Ouverture Byrd II (December 9, 1932 – February 4, 2013) was an American jazz and rhythm & blues trumpeter. A sideman for many other jazz musicians of his generation, Byrd was known as one of the only bebop jazz musicians who successfully pioneered the funk and soul genres while remaining a jazz artist. As a bandleader, Byrd is notable for his influence on the early career of Herbie Hancock.