John Keane, born and raised in Los Angeles, began his career as a recording artist at an age when most kids are still trying to decide what instrument to pick up as a hobby. At the age of eleven, John along with older brother Tom, made up the popular duo The Keane Brothers, and in 1977 released their first single, “Sherry,” on their self-titled debut album, for 20th Century Records.

Later, they became the youngest entertainers in history to host their own variety television program (The Keane Brothers Show). Over the next five years, John continued his career as part of the Keane Brothers, releasing four more albums with producers such as David Foster.

After the group disbanded, John Keane set out on his own and showcased his individual songwriting by releasing his first solo-debut album “Any Other World” in 1996 followed by “Straight Away” in 1999. Since then, John has built a remarkable career as a Composer, Recording Artist, Songwriter and Studio Musician.

As a composer, John Keane created the groundbreaking sound and continues to score the worldwide hit series CSI: Crime Scene Investigation, currently in its 10th season and the No. 1 scripted show on television. He was nominated for an Emmy for his work on CSI in 2007 as well as 12 BMI and ASCAP awards in the years that the show has been on the air. John also composed the main title theme music for the Emmy award winning reality series “The Amazing Race”. Working as a studio musician, John has also been a first call session drummer for acclaimed artists such as Celine Dion, Michael Bolton, Chicago and Richard Marx, to name a few.

In 2009 John embarked on a new musical journey in creating the a new solo album titled “Everything Changed”. The album draws from both his life experiences and vast scoring background. Rich sweeping strings along with emotive piano arrangements accompany the thoughtful lyrics about life and love. In the summer of 2010 John followed up with a four song EP titled “Heart Of London”.

As a prolific Composer, Artist and Musician John continues to create music across a wide range of genres and is busy at work on several new projects. (Used by permission) 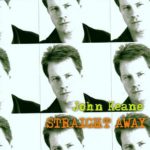