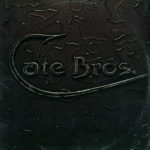 Their self-titled debut album released in 1975 was produced by guitarist Steve Cropper. He also performed on the record along with Levon Helm, Donald “Duck” Dunn, and Poco bass guitarist Timothy B. Schmit (who later joined the Eagles). The album contained the duo’s only Top 40 single, “Union Man”, which spent 20 weeks on the Billboard Hot 100, peaking at #24 in May 1976.

The Cate Brothers are the singer-songwriter-musician duo of Earl and Ernest (Ernie) Cate (born December 26, 1942), twin brothers from Fayetteville, Arkansas, who in the mid-1960s became performers of country soul music at clubs and dances in Arkansas and elsewhere in the mid-South of the United States. Both brothers are singers, with Earl playing guitar and Ernie playing piano. They were recording artists during the mid- to late 1970s and again from the mid-1990s through the first decade of the 2000s.

In their hometown of Fayetteville in the 1950s, where rock-and-roll pioneer Ronnie Hawkins had also grown up during the 1940s, Hawkins owned and operated the Rockwood Club. Other early rock musicians came to play there, including Jerry Lee Lewis, Carl Perkins, Roy Orbison and Conway Twitty.

In 1975, Helm introduced the Cate brothers to a record company representative in Los Angeles. The brothers soon after received a recording contract with Asylum Records, and so began their recording career.

3 Standin’ On A Mountain Top