Jason Randolph Scheff (born April 16, 1962 in San Diego) is an American bassist, singer, and songwriter. Since 1985, he has been the bassist and singer for the veteran pop-rock band Chicago. He is the oldest son of well-known session bassist Jerry Scheff, who toured for several years with Elvis Presley.

Jason Scheff was a graduating member of the Class of 1980 at San Diego’s Point Loma High School. He started his professional musical career in 1982 as a member of the Los Angeles–based rock band named Keane (not to be confused with the English band of the same name). In the late 1970s and early 1980s, he played in a variety of bands with musicians who would go on to form Ratt.

In mid-1985, 23-year-old Jason Scheff joined the multi-platinum Chicago, after Peter Cetera had departed the band to emphasize his solo career. Scheff was noted for his ability to closely duplicate Cetera’s vocal parts on Chicago’s existing hits. His ability with lead vocals was debuted on the 1986 single “25 or 6 to 4,” a remake of their 1970 hit, and then followed up with lead vocals on the hit single “Will You Still Love Me?”. 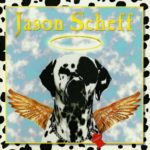