Greg Mathieson was born Febraury 25th 1950 in Los Angeles Ca. and has been a native of Southern California his whole life. He started piano lessons at the age of 10, and then switched to the trumpet at age 14 so he could participate in school activities. While he played Trumpet during Junior High and High school he continued to play the piano and took harmony lessons from Ken Hanna who was an arranger with Stan Kenton. In 1968 Greg went to Valley College (in the San Fernando Valley) where he switched back to piano and joined the “A” jazz band, which won the California State Championship both years he attended. “He put down the Horn and never looked back”.

Greg made two solo albums. In 1981 he recorded a live album, SUPER LIVE AT THE BAKED POTATO, with two members of the group Toto, Steve Lukather and Jeff Porcaro, along with Pop’s Popwell from the Jazz Crusaders. In 1986 he recorded a studio album on Head First Records, FOR MY FRIENDS, featuring Carlos Vega, Michael Landau, Abraham Laboriel Sr. and Luis Conte that went “top 5” on the “Billboard Jazz Charts”. In the 1990’s Greg continued to play with his band in L.A., but spent most of his time traveling and producing in Europe. Since 2000 Greg has recorded four solo albums, two of them recorded “live” at his favorite club in L.A., The Baked Potato. The first recorded in 2000 and entitled LIVE AT THE BAKED POTATO, features Michael Landau, Abraham Laboriel, Sr., and Vinnie Colaiuta. The most recent album, recorded in 2006 is entitled ANOTHER NIGHT AT THE BAKED POTATO and it features Michael Landau, Abraham Laboriel, Sr., and Abraham Laboriel, Jr. The band is now known as “The Ministry”. Greg also recorded a duet album with Abraham Laboriel entitled LABORIEL/MATHIESON and a studio album entitled WEST COAST GROOVE featuring Bill Champlain on vocals. 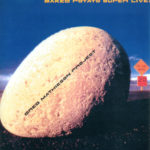 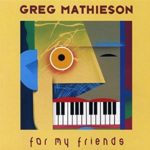