“Solitaire“ is a song by American singer Laura Branigan. Written by Martine Clémenceau and Diane Warren, produced by Jack White and Robbie Buchanan, it was released in March 1983 as the lead single from Branigan’s second studio album, Branigan 2 (1983).

The song originated as a 1981 recording in French by Martine Clémenceau for whom “Solitaire” was a modest hit with a French chart peak of #50 on the French pop charts where it remained for 22 weeks. Written by Clémenceau herself, the French version of “Solitaire” concerned a recluse who shuts himself away from a world moving toward nuclear war. The English lyrics of “Solitaire” reinvent the song’s narrative, with the playing of the card game solitaire employed as a metaphor for the singer enduring the neglect of her lover. “Solitaire” would launch the hitmaking career of Diane Warren who had recently been employed as a staff writer by Branigan’s producer Jack White; Warren gave White the completed lyrics for “Solitaire” the day after he asked her to give the song an English rendering. 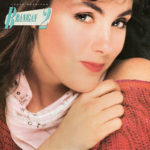