“When You Tell Me That You Love Me“ is a 1991 song released as a single by American soul singer Diana Ross. The song was subsequently covered by various artists.

“When You Tell Me That You Love Me” was the lead single from Diana Ross’s 1991 album The Force Behind the Power released on the Motown label in the US and by EMI in the UK. The song, a sentimental ballad, was the album’s biggest hit, peaking at number thirty-seven on the US Billboard R&B singles chart while peaking at number-two on the UK Singles Chart. Ross considers it one of her signature songs. The UK release included her 1985 hit “Chain Reaction.”

It missed the UK Christmas number one spot for 1991 by a couple of hundred units, beaten out by the re-release of Queen’s “Bohemian Rhapsody” commemorating the passing of lead singer, Freddie Mercury. The single was awarded a Silver Disc for UK sales exceeding 200,000 copies. 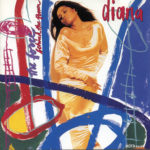