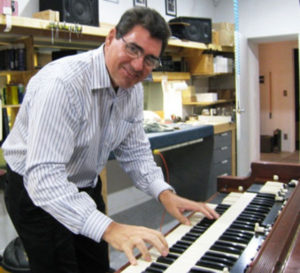 Jai “Jay” L. Winding is an American keyboardist in particular synthesizer area. He is also a music producer. He is a half-nephew of Thomas Winding.

Jai Winding is a session musician and was never actually a member of a particular band. He first appeared in music in the early ’70s including work for the Bee Gees. Winding made further recordings including Jackson Browne, Boz Scaggs, Bonnie Raitt, Dave Mason, Gary Wright, Mr. Big, Donna Summer and Stevie Nicks. Even Madonna and Michael Jackson use his services. He also wrote music for the television series The Simpsons and starred in Alvin and the Chipmunks.

No posts found.
1979 The Sutherland Brothers – When The Night Comes Down 1994 Tom Scott – Reed My Lips