No One Can Love You More Than Me was the first and only single from the Melissa Manchester’s album Emergency.

Melissa Manchester was born in The Bronx, a borough of New York City, to a musical family. Her father was a bassoonist for the New York Metropolitan Opera. Her mother was one of the first women to design and found her own clothing firm, Ruth Manchester Ltd. Manchester hails from a Jewish background. Manchester started a singing career at an early age. She learned the piano and harpsichord at the Manhattan School of Music, began singing commercial jingles at age 15, and became a staff writer for Chappell Music while attending Manhattan’s High School of Performing Arts. 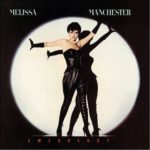