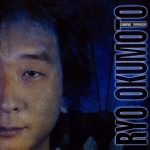 Coming Through is an album by Ryo Okumoto, released in 2002 on Inside Out Music.

Ryo Okumoto (奥本亮, born May 24, 1959 in Osaka, Japan) is a Japanese rock keyboardist, best known for his work with progressive rock group Spock’s Beard. He joined the band in 1996 and has been a member ever since. When singer and keyboardist Neal Morse was in the band, Ryo Okumoto played Hammond Organ and Mellotron on the albums. Now he has taken full keyboard duties, therefore playing synthesiser, especially the Minimoog. He resides in Los Angeles.