“All My Life” is a hit song written by Karla Bonoff and performed as duet by Linda Ronstadt and Aaron Neville on Ronstadt’s triple platinum-certified 1989 album Cry Like a Rainstorm, Howl Like the Wind; this was the second global hit from Ronstadt and Neville.

The song was released as a single in early 1990 and hit number 1 on the Billboard Adult contemporary chart (where it held for 3 weeks) as well as number 11 on both the Cash Box Top 100 and the Billboard Hot 100 chart. It was another international hit for the duo.

“All My Life” won the award for Best Pop Performance by a Duo or Group with Vocal at the 1991 Grammy Awards. 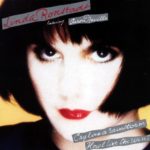