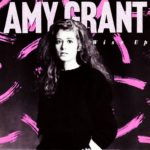 “Wise Up” is a 1985 single by Christian music singer Amy Grant. It was released as the third single from her Unguarded album. The song reached The Billboard 100, as well as the Adult Contemporary and Christian music charts in the United States.

“Wise Up” is an uptempo, inspirational song with a rock sound, featuring heavy percussion and guitars. The song provides the Unguarded album with its title in the lyric “better use your head to guard your heart”. That lyric essentially summarizes the song’s central theme.

The lead single from Unguarded was “Find a Way”, a song that not only went No. 1 on the Christian music chart, but also gave Amy Grant her first-ever hit on pop radio (making it the first Contemporary Christian music song to chart on pop radio as well). “Wise Up” and the single that came before it, “Everywhere I Go”, capitalized on Grant’s newfound mainstream success and were released to both Christian and mainstream pop radio.

Amy Grant had previewed the song on the 1984 “Straight Ahead Tour” while the song was still being developed. Its album version was substantially different. During the 1988-89 Lead Me On Tour, Grant performed an updated rendition of “Wise Up” as a regular part of her set list. Since then, the artist has frequently included the song with an updated arrangement in her concerts, including a deep bass version on the “Heart in Motion Tour” and an acoustic rendering with a vintage slide guitar on the “House of Love Tour.” The song was also given a “Big Beats” dance remix, which featured, among other things, additional sound effects and Grant repeating the phrase “Pack ’em up, move ’em out”.