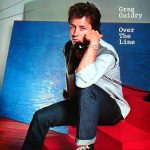 Born in St. Louis, Missouri, Greg Guidry played piano and sang gospel as a child, and sang in a band with future Doobie Brother Michael McDonald as a teenager. With quite a bit of help from Rich Lang, friend and fellow multi-talented musician, they wrote and recorded several demos, drove to New York from St.Louis and signed a publishing contract with CBS Records in 1977 and wrote songs for Climax Blues Band, Robbie Dupree, Exile, Johnny Taylor, Sawyer Brown, and Reba McEntire. In 1981 he sang as a backing vocalist for the Allman Brothers Band on their 1981 album Brothers of the Road. He signed with Columbia in 1982 and released an album, Over the Line, which produced two hit singles, “Goin’ Down” (US #17, US AC #11) and a duet with his sister Sandy, “Into My Love” (US #92).

While he continued to do songwriting work later in the 1980s, he did not issue a follow-up album until 2000, when Soul’d Out and Private Session were released, and his debut album was re-released.