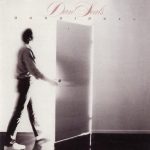 Harbinger is the second album released by Dan Seals as a solo artist. Two tracks “Can’t Get You Out of My Head”, and “I Could Be Lovin’ You Right Now” were both released as singles, but both failed to chart. This is his last album for Atlantic, before switching to Liberty/Capitol in 1983. This album was finally released on CD on October 17, 2006.

Danny Wayland “Dan” Seals (February 8, 1948 – March 25, 2009) was an American musician. The younger brother of Seals & Crofts member Jim Seals, he first gained fame as “England Dan”, one half of the soft rock duo England Dan & John Ford Coley, which charted nine pop singles between 1976 and 1980, including the No. 2 Billboard Hot 100 hit “I’d Really Love to See You Tonight”.