Luis Conte proved himself versatile musically, and by 1973, he was playing regularly in local clubs. He quickly became a busy studio musician, and throughout the 1970s, he played in the Latin fusion band Caldera.

In the 1980s, Conte toured with several different musicians, including Toto, Madonna, guitarist Al Di Meola, and Andy Narell. His debut as a bandleader came in 1987, when he released La Cocina Caliente, which included a Latinized version of Chopin’s “Susarasa”. Conte also played percussion on the Pat Metheny Group release ‘We Live Here’, in 1995, as well as I Mother Earth’s first two albums Dig (1994) and Scenery and Fish (1996).

Recently, Conte has toured as part of James Taylor’s “Band of Legends.” He has also played alongside such famed musicians as Alex Acuña, Jaguares, Larry Klimas, and David Garfield, both as a bandleader and a sideman. 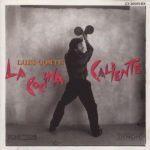 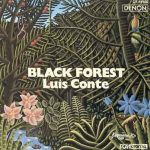 Luis Conte was part of Phil Collins 1997 “Dance into the Light” tour and 2004 “First Farewell Tour”, performing in both of them Afro-Cuban percussion and adding more depth into the concert songs. He also performed during The Phil Collins Big Band tours in 1996 and 1998.

In 2009 worked together with Sergio Vallín in his Bendito Entre Las Mujeres album. For more information check out his website.