Jay Gruska (born April 23, 1952) is an American songwriter and composer best known for his film and television scoring, and for writing hit songs for a variety of artists. He has composed musical scores for dozens of TV dramas, with over 500 hours of shows played internationally.

Jay Gruska has received three Emmy Award nominations, one Genie Award nomination, and nine ASCAP awards. Some of his best-known scores are for the TV shows Lois & Clark: The New Adventures of Superman, Charmed, and Supernatural.

Gruska started his career as a singer/songwriter. He had recording contracts with ABC Records and Warner Bros. Records with the band MAXUS, for which he was the lead singer and songwriter. Warner Bros. Records later released his solo album Which One of Us Is Me, which Gruska also produced. He was briefly a member of Three Dog Night in 1976, replacing Danny Hutton, until the group disbanded.

Gruska is also known for co-writing the hit duet “Tell Me I’m Not Dreamin’ (Too Good to Be True)” for Jermaine and Michael Jackson; the country duet “Both to Each Other (Friends and Lovers)”, performed by Juice Newton and Eddie Rabbitt; and Amy Grant’s “Good for Me”.

In November 2014, the 200th episode of Supernatural, titled “Fan Fiction”, aired on The CW. Gruska wrote and produced two songs for the episode (co-writing the lyrics with screenwriter Robbie Thompson). Within 24 hours after the episode aired, one of the songs, “The Road So Far”, was #3 on the iTunes soundtrack chart and #57 among all songs on iTunes. 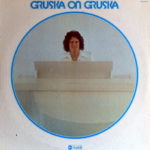 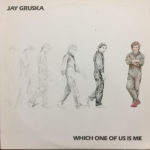