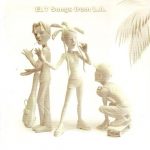 ELT Songs From LA is a tribute album to the Japanese band “Every Little Thing”.

Every Little Thing (also known as ELT) is a pop/soft rock duo from Japan who debuted in August 1996 with the release of their first single called “Feel My Heart”. Their name is usually written in English, and only rarely in katakana. They gained massive popularity in the late 90’s and early 00’s. As of 2013, Every Little Thing has sold over 23 million copies of singles and albums throughout Japan. Their second studio album, Time to Destination, is the best-selling album of the band with over 3.5 million copies sold, and became the 10th best-selling album of all time in Japan.

Also known as ELT by their fans, Every Little Thing was originally a trio but became a duo in 2000 with Kaori Mochida as the singer and Ichiro Ito as the guitarist. Mitsuru Igarashi left ELT following the release of their third original album, Eternity.

10 Looking Back On Your Love

12 Deatta Koro No You Ni