Kunkel was born in Pittsburgh, Pennsylvania but by the age of nine he moved to Southern California. There, he was part of an orchestra at the local elementary school. Prior to moving, he was influenced by his brother and the song “Wipe Out” to play drums. During his high school years he lived in Long Beach, California. He played for approximately six different bands, including the Barons, and appeared at many sock hops and high school dances, playing surf music and Beatles songs. In his last two years of high school he was a jazz drummer and later worked for John Stewart and the Kingston Trio.

In 1966, Kunkel moved to Los Angeles. He joined the band Things to Come and performed in Hollywood. During the summer of 1968, they performed at the Whisky a Go Go, a club on Sunset Strip. In 1967, when Jimi Hendrix’s album Are You Experienced came out, Kunkel was impressed by Hendrix’s playing style and they became good friends. A year later, Kunkel started working for the Band when they released Music from Big Pink.

Kunkel’s first single was a demo with Joel Sill for Trousdale Music, which included musicians Joe Osborn and Larry Knechtel. In the late 1960s Kunkel worked for Bob Dylan and together they released a soundtrack to the movie Pat Garrett & Billy the Kid. In 1970 Kunkel helped Bob Dylan and drummer Billy Mundi release an album titled New Morning. During this time, Kunkel was a part of B.B. King’s group, playing with pianist Carole King, and meeting Bill Szymczyk, Leon Russell, and Joe Walsh. He recorded “Hummingbird” for King’s album Indianola Mississippi Seeds.

In early 1970s, while rehearsing for the upcoming tour, he met Chris Darrow, a former player of John Stewart’s, who was a friend of Peter Asher and together along with James Taylor and bassist Leland Sklar they had put out an album. Later on, guitarist Danny Kortchmar came to them from The Flying Machine along with keyboardist Craig Doerge and together, the four of them, had formed a band called The Section. The group existed between 1972 and 1977, during which time they had recorded three albums. A few years later however, the band got smaller because Sklar preferred to work in the studio, and Doerge had joined another band.

In 1970 Kunkel helped James Taylor to record the Sweet Baby James album. In 1971 Kunkel worked with Gerry Goffin, Gary Hart, and Carole King on the Tapestry album, which became a classic. From 1971 to 1972 Kunkel worked with Joni Mitchell on her albums Blue and For the Roses. Along with his bandmates in the Section, he appeared on the first album by Crosby & Nash, and would continue working with the duo through the decade. From 1972 to 1973 he played in an attic of James Taylor’s house at Martha’s Vineyard where he recorded parts of the One Man Dog album. In 1972 Kunkel helped Willis Alan Ramsey to release the album, Willis Alan Ramsey, which was issued under Shelter Records label.

Three years later, Kunkel participated in the Carly Simon’s song “Waterfall” and played a part in the James Taylor’s album Gorilla in a song “How Sweet It Is (To Be Loved By You)”. In 1977 during the recording of Jackson Browne’s Running on Empty album, Kunkel played on Pearl and North Drum sets, and went on a tour to promote the album. During the same year, Kunkel played hi-hat on the Crosby, Stills, Nash & Young album CSN. A year later, he worked with Warren Zevon on Excitable Boy as part of the Section

In 1980 during his tour with Jackson Browne to promote his album Hold Out, he played a tom, a floor tom, a bass drum, a snare drum, and two cymbals. During those years, he also was a drummer for the Lawyers In Love album where he played in a song “Say It Isn’t True”. In 1980s album Mad Love by Linda Ronstadt, Kunkel along with Waddy Wachtel and Danny Kortchmar performed in the songs “How Do I Make You” and “Mad Love”. In 1981, Kunkel joined Stevie Nicks and Fleetwood Mac to create the Bella Donna album, playing on tracks After the Glitter Fades, and Edge of Seventeen. In 1981, Kunkel worked for Bee Gees and performed in three of their songs: “Wildflower”, “Cryin’ Every Day”, and “Be Who You Are”, for the album Living Eyes. In 1982, Kunkel, along with Kenny Passarelli, worked with Dan Fogelberg on a song “Tell Me to My Face”. In 1983 he helped Jackson Browne and Danny Kortchmar to write a song called “Tender Is the Night” and during that time met with Alan White of Yes. In 1990s he was invited by Joe Walsh to perform the song “I Keep Forgettin'”, where he overdubbed with Linn drums.

In 1980, Kunkel played in Linda Ronstadt’s band for a concert that was shown on HBO, along with the guitarists Kenny Edwards and Danny Kortchmar, bassist Bob Glaub, keyboardist Billy Payne, pedal steel guitarist Dan Dugmore, and backing vocalist Wendy Waldman. Thirty-nine years later, an album of the concert, Live in Hollywood, was produced by Peter Asher and released in CD and vinyl formats by Rhino Entertainment.

Kunkel had a cameo as doomed drummer Eric “Stumpy Joe” Childs in the 1984 film This Is Spinal Tap. Before the cameo appearance, he practiced it with Judith Owen and her husband Harry Shearer in Hollywood Hills. In 1991, after his appearance in the 1984 rockumentary, Kunkel joined Spinal Tap. The same year, he appeared in Bob Seger’s The Fire Inside where he played with former E Streeter Roy Bittan.

In 2004, Kunkel reunited with Crosby & Nash for their eponymous album, acting as both drummer and co-producer. In 2010 Kunkel joined the Troubadour Reunion Tour supporting James Taylor and Carole King.

In 2014, Judith Owen, along with her husband and musician Harry Shearer had issued an Ebb & Flow album where Kunkel, Sklar, and Wachtel performed on songs such as Mungo Jerry’s “In the Summertime”, James Taylor’s “Hey Mister”, “I’ve Never Been To Texas”, and “I Would Give Anything”. Owen invited him to rehearse for the 2016 album of hers called Somebody’s Child.

In 2018 Kunkel played on “Small Change”, a song written by Harry Shearer. The song featured the Hungarian Studio Orchestra, Judith Owen and Danny Kortchmar and was issued in an album called Smalls Change by Twanky Records/BMG on April 13. He started his own company called Chateau Beach Entertainment in 2019 on which he recorded an album called Rivage.

Kunkel, Kortchmar, Sklar and Wachtel, along with guitarist Steve Postell, reunited to form a new band, The Immediate Family, which released its debut album Honey Don’t Leave L.A. in May 2018 from Japanese Vivid Sound label. A live CD Live In Japan 2018 followed in December of that year. The band’s U.S. debut single, “Cruel Twist,” was released in June 2020. 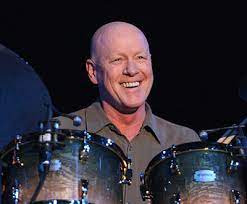 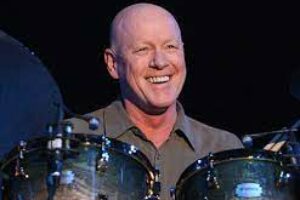 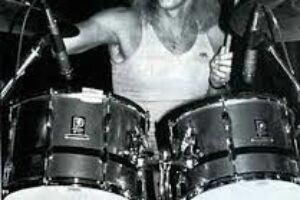 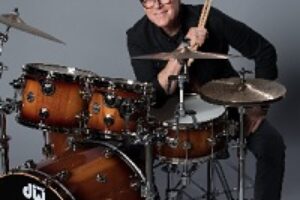