Danny Kortchmar (born April 6, 1946) is a guitarist, session musician, producer and songwriter. Kortchmar’s work with singer-songwriters such as Linda Ronstadt, James Taylor, David Crosby, Carole King, Graham Nash, Neil Young , and Carly Simon helped define the signature sound of the singer-songwriter era of the 1970s. Jackson Browne and Don Henley have recorded many songs written or co-written by Daniel Kortchmar, and Kortchmar was Henley’s songwriting and producing partner in the 1980s.

Danny Kortchmar is the son of manufacturer Emil Kortchmar and author Lucy Cores. Kortchmar first came to prominence in the mid-1960s playing with bands in his native New York City, such as The Kingbees and The Flying Machine, which included the then-unknown James Taylor (Kortchmar having been a long-time friend of Taylor’s; both of them summered in Martha’s Vineyard in their teens); in Taylor’s autobiographical composition “Fire and Rain”, the line “sweet dreams and flying machines in pieces on the ground” is a reference to the breakup of that band. During 1966, Kortchmar traveled to England, where he spent time as a session musician.

In 1967 Kortchmar joined The Fugs, appearing on their 1968 Tenderness Junction album before following bassist Charles Larkey to California, where they joined Carole King in forming a trio named The City. The group produced an album in 1968, Now That Everything’s Been Said, which received scattered good reviews but was not a commercial success. The group subsequently broke up, but Kortchmar continued backing King on her more successful solo career, including the groundbreaking 1971 album Tapestry. In 1970, Kortchmar reunited with Taylor on his breakthrough album Sweet Baby James. Kortchmar’s work with Taylor and King made him one of the top LA session guitarists in the 1970s and 1980s. He toured and recorded extensively with Linda Ronstadt during this time, even appearing in several of her classic ‘Get Closer’ era music videos. In 1983, he played Linda’s love interest in the music video for “What’s New?”.

Kortchmar worked on his own, reuniting with Larkey in the band Jo Mama in 1970 and 1971 and recording solo albums Kootch (1973) and Innuendo (1980), but he experienced his greatest success backing other artists such as Linda Ronstadt, Warren Zevon, Harry Nilsson and Jackson Browne (when Browne recorded Kortchmar’s song “Shaky Town” for the Running on Empty album, Kortchmar sang harmony vocals). In the 1970s he made three albums with Leland Sklar, Russ Kunkel, and Craig Doerge, as The Section.

He wrote music for the Cheech & Chong film Up in Smoke and he has also produced recordings by Don Henley, Neil Young, Jon Bon Jovi, Stevie Nicks, Billy Joel, Hanson, Tracy Chapman, Louise Goffin and others. He is featured on guitar on Carole King’s 1975 album, Thoroughbred.

In 1982 Danny Kortchmar appeared in Linda Ronstadt’s popular MTV music video, ‘Get Closer’. He also appeared with Linda when she performed on the twenty-fifth anniversary Grammy Awards telecast. He appeared again in Ronstadt’s ‘What’s New’ music video the following year.

He had a cameo as Ronnie Pudding (Spinal Tap’s bass player in their early years) in the “Gimme Some Money” video segment of the 1984 mockumentary This Is Spinal Tap.

In 1984, he co-produced and played on Don Henley’s album Building the Perfect Beast. On that album, he wrote the songs “You’re Not Drinking Enough” and “All She Wants To Do Is Dance”. Also on that album, he co-wrote the songs “You Can’t Make Love”, “Man with a Mission”, “Not Enough Love in the World”, “Building the Perfect Beast”, “Sunset Grill”, and “Drivin’ With Your Eyes Closed”.
In 1989, he co-produced and played on Don Henley’s album The End of the Innocence. Also on that album, he co-wrote the songs “How Bad Do You Want It?”, “I Will Not Go Quietly”, “New York Minute”, “Shangri-La”, “Little Tin God”, and “If Dirt Were Dollars”.
In 1992 he wrote the Toto song Kingdom of Desire for the same titled album.
In 1993, he co-produced and played on Billy Joel’s album River of dreams (source: Billy Joel: The definite biography, Schruers, Fred. 2014)
Danny Kortchmar mentored children’s musician Mister G and recorded some of his early demos.
Kortchmar started a new group, the Midnight Eleven, in 2004, and the band released its first album in 2005.
In 2006 he co-produced Hanson’s album The Walk, which was released in the U.S. in the summer of 2007.
Also in 2006, Kortchmar participated in the Japan tour of the Verbs, a unit consisting of Steve Jordan and Jordan’s wife, Meegan Voss.
Recently, Kortchmar has formed the group “Slo Leak” playing primarily blues rock on 2 cds. In 2010 Kortchmar joined the Troubadour Reunion Tour supporting Taylor and King along with Section bandmates Lee Sklar and Russ Kunkel. In the souvenir book for the tour, his biography states that he is currently working on an album of his songs that were originally recorded by other artists. 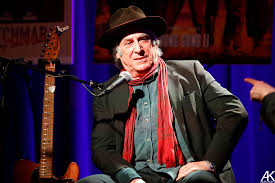 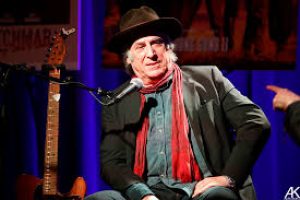 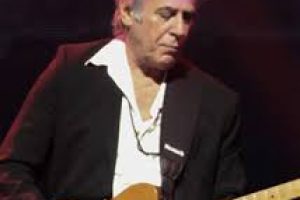 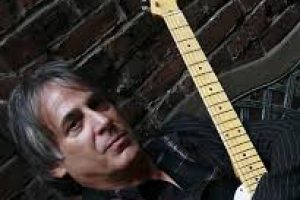 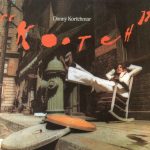 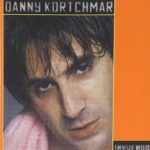