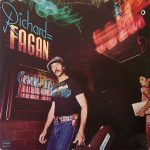 In 1979 his song “The Good Lord Loves You” was recorded by Neil Diamond and released on the September Morn album. The song charted in the Billboard Hot 100, peaking at number 67 in April 1980. Fagan accomplished nine Billboard Country chart singles in the 1990s including two of John Michael Montgomery’s number one singles: Be My Baby Tonight and Sold (The Grundy County Auction Incident). Fagan had three additional songs on the Billboard Country charts in the 2000s, including the song “Why Can’t We All Just Get a Long Neck?” that appears on the Hank Williams, Jr. album, I’m One of You.