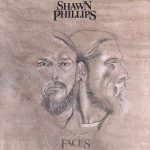 Phillips has recorded twenty albums and worked with musicians including Donovan, Paul Buckmaster, J. Peter Robinson, Eric Clapton, Steve Winwood, Bernie Taupin, Manos Hatzidakis and many others. The Texas-born singer-songwriter was described as “The best kept secret in the music business” by the late rock impresario Bill Graham.

Phillips was born in Fort Worth, Texas. In the 1960s he worked as a session player on several Donovan albums including Fairytale, Sunshine Superman, and Mellow Yellow, performed at the Isle of Wight Festival 1970, sang on “Lovely Rita” by the Beatles and was cast to play the lead in the original production of Jesus Christ Superstar (he had to withdraw due to his heavy recording and touring schedule). In February 1969 Phillips wrote and performed, with The Djinn, the music for the controversial Jane Arden play Vagina Rex and the Gas Oven at the Arts Laboratory on Drury Lane.

Phillips worked the folk music scene in Los Angeles, New York’s Greenwich Village, and London. In 1967, Phillips moved to Positano, Italy, where he remained throughout the 1970s, recording the albums Contribution, Second Contribution, Collaboration, and Faces’.

7 Anello (Where Are You)