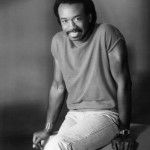 Maurice White (December 19, 1941 – February 4, 2016) was an American singer-songwriter, musician, record producer, arranger and bandleader. He was the founder of the band Earth, Wind & Fire. He was also the older brother of current Earth, Wind & Fire member Verdine White, and former member Fred White. Maurice served as the band’s main songwriter and record producer, and was co-lead singer along with Philip Bailey. White won seven Grammys, and was nominated for a total of twenty-one Grammys.

White was inducted into the Rock and Roll Hall of Fame and the Vocal Group Hall of Fame as a member of Earth, Wind & Fire, and was also inducted individually into the Songwriters Hall of Fame. Also known by his nickname “Reese”, he worked with several famous recording artists including; Deniece Williams, the Emotions, Barbra Streisand, and Neil Diamond.

2008 Brian Culbertson – Bring Back The Funk