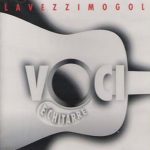 Mario Lavezzi (born 8 May 1948) is an Italian singer-songwriter, composer, record producer and guitarist.

Born Bruno Mario Lavezzi in Milan into a bourgeois family, he studied piano and guitar at the Scuola Civica di Milano. He started his career in 1963, as singer and guitarist in the band I Trappers. In 1966, following the dissolution of the band, he replaced Ricky Maiocchi in the band I Camaleonti, then in 1968 he had to leave the band to fulfill military service. In 1969 he debuted as a composer with the Dik Dik hit “L’ultimo giorno di Primavera”. In 1970 he co-founded the pop-rock group Flora Fauna e Cemento, then in 1974 he was part of the progressive rock musical project Il Volo. In the second half of the 1970s Lavezzi started an intense solo career as singer-songwriter; in the same period he also started collaborating as a composer and a record producer for several albums of Loredana Berté. He later wrote songs for many notable artists, including Lucio Dalla, Gianni Morandi, Anna Oxa, Spagna, Marcella Bella, Ornella Vanoni, Fiorella Mannoia.