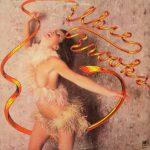 Elkie Brooks (born Elaine Bookbinder, 25 February 1945) is an English singer, a vocalist with the bands Dada and Vinegar Joe, and later a solo artist. She gained her biggest success in the late 1970s and 1980s and has been nominated twice for Brit Awards. She is known for her powerful husky voice and hit singles such as “Pearl’s a Singer”, “Lilac Wine”, “Don’t Cry Out Loud”, “Fool (If You Think It’s Over)”, and “No More the Fool”, and top-selling album Pearls. She is generally referred to as the “British Queen of Blues”. By April 2012, Brooks had released more albums that had reached the top 75 of the UK album chart than any other British female artist.

Her first solo album on A&M records was Rich Man’s Woman (1975). It was released to critical acclaim, but Brooks was given a hard time due to the album’s cover, which was considered outrageous for the time.In 1977 Elkie recorded a duet with Cat Stevens ” Remember the Days of the Old School Yard “. Which appeared on his album “Izitso”